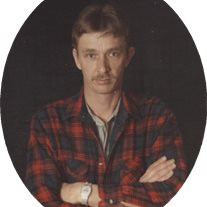 Bradley B. Nilson, 58 of L’Anse, MI. passed away Saturday, January 15, 2011 at Baraga County Memorial Hospital following a lengthy illness. He was born February 19, 1952 the son of the late Bartley and Elaine (Olson) Nilson who farmed between Oberon and Sheyenne North Dakota. Brad was baptized and confirmed at the Grandfield Lutheran Church and graduated from Oberon High School in 1970. Following graduation, he attended college at the State School of Science in Wahpeton, North Dakota. In 1974, he married Emily (Schrum) Cooper from New Rockford and adopted her son Gary. He worked at the Sheyenne Farmers Union and in the mid 70’s he purchased the Longhorn Bar in Sheyenne. Following the sale of this establishment he was a self-employed truck driver for many years, and during this time, Brad and Emily divorced. Brad moved to L’Anse and in 1994, he married Betty Laitila of L’Anse. Together they purchased a Bed and Breakfast and prepared income taxes. Most recently, he worked for Baraga County Concrete. Brad enjoyed taking photos and cutting wood. He also loved spending time with his step grandchildren. Mr. Nilson is survived by his son Gary Nilson of Wisconsin, former wife Betty Nilson of L’Anse, step-sons Randall, Larry, and David Laitila all of L’Anse, step grandchildren Randall, Jacob, Chelsey, Reese, Rowan, and Edward. Numerous other extended family members also survive in Michigan and North Dakota. He was preceded in death by his parents and his brother Barry. Funeral services for Mr. Nilson were held at 2 pm, Tuesday, January 25, 2011 from the Grandfield Lutheran Church, rural Sheyenne, North Dakota. Spring interment will take place in the Grandfield Lutheran Cemetery, rural Sheyenne in May of 2011.

Bradley B. Nilson, 58 of L&#8217;Anse, MI. passed away Saturday, January 15, 2011 at Baraga County Memorial Hospital following a lengthy illness. He was born February 19, 1952 the son of the late Bartley and Elaine (Olson) Nilson who farmed... View Obituary & Service Information

The family of BRADLEY B. NILSON created this Life Tributes page to make it easy to share your memories.

Send flowers to the B. NILSON family.