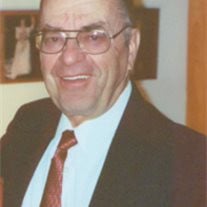 CLAUDE H. LEINONEN, 70, of Covington, MI. passed away suddenly Sunday morning, January 16, 2005 at Baraga County Memorial Hospital. He was born in Covington, MI. on April 9, 1934 son of the late William and Alma (Tarvainen) Leinonen. Claude attended Covington and Watton schools and graduated from L’Anse High School in 1952. He served in the U.S. Army from 1954 to 1956. Claude attended Suomi College and graduated from Northern Michigan University in 1961 with a B.S. degree. On November 4, 1961 he married the former Verna Korpi at Trinity Lutheran Church, Covington. Claude taught social studies for 32 years in the Ewen Trout Creek School District, retiring in 1993. Following his retirement, he along with his son Nathan, managed the Messenger properties in the Covington area. He was a member of the Trinity Lutheran Church, Covington, and served on the church council. Claude was also a member of the Stanley R. Rajala Am-Vets Post 1190. From 1980 to 1996 Claude served as the Covington Township Supervisor. He also served on many community boards, including Baraga County Memorial Hospital and the Baraga Maximum Correctional Facility. Claude enjoyed trapping, fishing, logging and building projects. He and Verna also enjoyed traveling. Mr. Leinonen is survived by his loving wife; Verna, sons; Nathan Leinonen of Covington, Jonathan (Maura) Leinonen of Atlantic Mine, and Tim (Traci) Leinonen of Menominee, grandchildren; Andrew, Abbey, Benjamin, and Danelle, brother; Denver Leinonen of Almont, MI., 2 nephews, several cousins and many friends. Funeral services for Mr. Leinonen were held at 11 a.m.Wednesday, January 19, 2005 from Trinity Lutheran Church, Covington with Pastor Mark Reinsch officiating. Interment will take place in the spring in the Covington Cemetery. The family received friends on Tuesday, January 18, 2005 from 6 until 8 p.m. at the Reid Funeral Service and Chapel, L’Anse and for one hour prior to the services at the church on Wednesday. The Reid Funeral Service and Chapel, L’Anse has been entrusted with funeral arrangements.

The family of CLAUDE H. LEINONEN created this Life Tributes page to make it easy to share your memories.