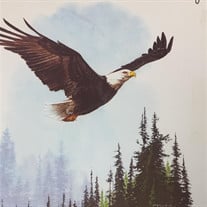 Donald M. “Donny” Godell, age 80, of Watton, passed away Saturday, December 2, 2017 at Baraga County Memorial Hospital, L’Anse. A visitation for Donald will be held at 11 am until 12 pm on Friday, August 31, 2018 at the Reid Funeral Service and Chapel, L'Anse, MI and a memorial service will take place at 12 pm with Pastor Peter Suomela officiating. Immediately following the memorial funeral service, the family invites friends to join them for fellowship and a luncheon in the Harrington Gathering Room, located at the funeral home. Interment will take place in the Covington Cemetery, Covington, MI. He was born in Watton on May 31, 1937, the son of the late Verner and Selma (Salli) Godell. Donald was raised in Watton and graduated from L’Anse High School in 1955. He then attended and graduated from Michigan Tech in 1959 and earned his degree in chemical engineering. Donald moved to Chicago and worked for various companies. He met his wife Evelyn Bralit and married on June 20, 1964. Donald owned his own chemical engineering company, Wurster and Sanger in the 1980’s until he sold the company and moved to Minnesota in 1988. He retired back to Watton and worked at the Watton Country Store, Covington Township in various capacities including on the Zoning Board. He was a member of Watton Apostolic Lutheran Church. Donald loved dogs, to read, learning new things, doing word search puzzles and helping others. Donald is survived by his wife Evelyn, daughter Karyn and many cousins. He was preceded in death by his parents, brother David and sister Doris. The Reid Funeral Service and Chapel, L'Anse is in charge of the funeral arrangements.

The family of Donald M. "Donny" Godell created this Life Tributes page to make it easy to share your memories.

Send flowers to the Godell family.