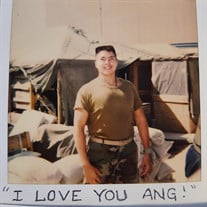 Gerald H. “Jerry” Friisvall MSGT, Ret., age 62, of Zeba, MI passed away Friday, February 4, 2022 at UP Health System, Marquette, MI. He was born in Hancock, MI on February 23, 1959, the son of the late Kenneth Howard and Violet Rebecca (Marksman) Friisvall. Jerry was a member of Zeba Indian Mission United Methodist Church, and the Keweeanw Bay Indian Community. He enjoyed making wood for himself and feeding his wildlife that hung around his place, hunting for beach glass with his wife and going treasure hunting (yard sales) with her. Jerry graduated from Northern Michigan University with a degree in Fine Arts. He married the former Angela LaFernier on August 12, 1989. Jerry served in the United States Marine Corps for 22 years, in which he received numerous medals for his years of service. Retiring from the Marines as a Master Gunnery Sergeant, he went on to work for Boeing International as a crew chief. He returned home from North Carolina to work for the V.A. in assisting veterans and their families. Jerry is survived by his loving wife Angela Friisvall, children Timothy (Angela) Friisvall, Shawnee (Mike) Stein, Jacob (Sheena) Maki, and Samuel (Marie) Maki, several grandchildren, brothers Dale (Diana) Friisvall, Arlan (Tonia) Friisvall, sisters Violet (Jason) Ayres, Virginia Anderson and Verna Comfort. Numerous nieces and nephews also survive. He was preceded in death by his parents, his son Nathan Friisvall, brothers Theodore “Manny” Friisvall and Daryl Friisvall. Funeral services for Jerry will be held at 12:00 P.M. on Friday, February 11, 2022 at the Zeba Hall with Pastor Mark Miller officiating. The family will greet friends at the Zeba Hall on Friday from 10:00 a.m. until 11:30 a.m. Military honors will be conducted by the Baraga American Legion Post #444 at 11:30 a.m. A luncheon will take place immediately following the funeral service. Jerry’s obituary may also be viewed and condolences sent to the family at www.reidfuneralservicechapel.com. The Reid Funeral Service and Chapel, L’Anse has been entrusted with the funeral arrangements.

The family of Gerald H. "Jerry" Friisvall MSGT, Ret. created this Life Tributes page to make it easy to share your memories.