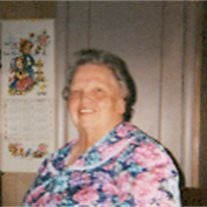 HELEN JULIA HARJU YLITALO ,88, of Baraga, MI., passed away Monday, April 6, 2009 at Bayside Village, L'Anse, where she had been a resident for a month. She was born in Pelkie, MI. on March 30, 1921 the daughter of the late Manna and Emma (Parkila) Oja. Helen attended Pelkie Grade and Agricultural School. She was employed as a house keeper until she was hired as a matrons helper at Baraga County jail under Sheriff Seavoy. Helen married J. Ralph Harju on February 8, 1941 in Calumet, MI. She worked for Pelkie Dairy Bottling Dept. until moving to Superior, WI. where she worked doing day work and baby sitting until she was hired by Black and White Cab Co. as a dispatcher and bookkeeper. She also worked as a nurses aide at Southdale Terrace in Superior, WI. until the birth of her son, Jon. They moved back to Pelkie in 1972 . Her husband passed away in November of 1974. Helen moved to Baraga in May 1985 and married Bill Ylitalo in June of 1992. He preceded her in death in December 1996. Helen was a member of L'Anse Baptist Church, the womens missionary group and had worked with the Awana Club. Mrs. Ylitalo is survived by her loving son, Roy (Marvis) Harju, 4 grandchildren, 7 great grandchildren, step-children, Myra (George) Keyser of Casper, WY., and Bill (Merilee) Ylitalo of Yuma, AZ., 7 step-grandchildren, and numerous step great grandchildren, special nephew Melvin “Buddy” (Mildred) Hill of Baraga and special niece, Jean Perala of Marquette, and special friend Mark Erwin of Pelkie. Several nieces and nephews also survive. She was preceded in death by her son, Jon, stepson, Jack, brothers, Arthur, Matti, and George, and sisters, Hilda Smith, Esther Maki, and Pearl Waara. Funeral services for Mrs. Ylitalo were held at 11 a.m. Wednesday, April 8, 2009 at the Reid Funeral Service and Chapel, L'Anse with Pastor Jerry Bishop officiating. Interment took place in the Pelkie Cemetery. The family received friends at the funeral chapel Wednesday morning from 10 a.m. until the time of the service. Memorials in Mrs. Ylitalo's honor may be directed to the L'Anse Baptist Ladies Missionary Group or the Copper Country Humane Society. Envelopes are available at the funeral home. Following the service the family invited friends to join them for fellowship and a luncheon in the Harrington Gathering room, located at the funeral home.

HELEN JULIA HARJU YLITALO ,88, of Baraga, MI., passed away Monday, April 6, 2009 at Bayside Village, L'Anse, where she had been a resident for a month. She was born in Pelkie, MI. on March 30, 1921 the daughter of the late Manna and Emma (Parkila)... View Obituary & Service Information

The family of HELEN J. YLITALO created this Life Tributes page to make it easy to share your memories.