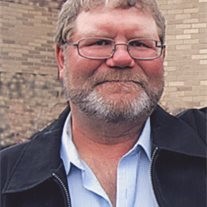 JACK M. TURUNEN, 52, of Pelkie, passed away suddenly on Saturday, December 24, 2011 at his residence. He was born in L’Anse, MI on September 10, 1959 the son of Rueben and Evelyn (Maki) Turunen. Jack graduated from Baraga High School in 1977. He was a veteran of the US Army. For most of his life, Jack worked closely with his father and brother Peter at the family business, Turunen, Inc. He was a member of Mission United Lutheran Church, the Ottawa Sportsman’s Club and a former member of the Pelkie Fire Department. Jack loved to hunt, fish, cook, and was an avid Detroit Red Wing and Green Bay Packer fan. Above all, Jack’s greatest joy was spending time with his children and nephews. He regularly attended their sporting events. Mr. Turunen is survived by his children Megan Turunen and Joshua Turunen of Baraga, his parents Rueben and Evelyn, brothers Roger (Brenda) and Peter Turunen of Pelkie, and Dr. Dan (Jean) Turunen of Antigo, WI, sisters Pat (Bill) Stark of Pelkie, Anita Chambers of Torrence, CA, Dr. Barbara Turunen of Sante Fe, NM, Dr. Denise Turunen of Irving, TX, Dr. Christine (Olaf) Nordling of San Diego, CA, sixteen nieces and nephews, 3 grand nieces and nephews, and numerous aunts and cousins. He was preceded in death by his brother-in-law Gary Chambers Funeral services for Mr. Turunen were held at 1 pm on Wednesday, December 28, 2011 from Mission United Lutheran Church, Pelkie, with Pastor John Autio officiating. Interment took place in the Pelkie Cemetery. The family received friends at the church on Wednesday from 11 am until the time of the service.

JACK M. TURUNEN, 52, of Pelkie, passed away suddenly on Saturday, December 24, 2011 at his residence. He was born in L&#8217;Anse, MI on September 10, 1959 the son of Rueben and Evelyn (Maki) Turunen. Jack graduated from Baraga High School in... View Obituary & Service Information

The family of JACK M. TURUNEN created this Life Tributes page to make it easy to share your memories.

JACK M. TURUNEN, 52, of Pelkie, passed away suddenly on Saturday,...