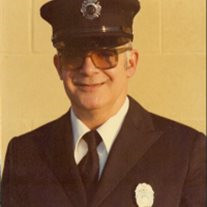 JOHN P. “PAT” TEMBREULL, 81, of L'Anse, passed away Saturday, May 23, 2009 at Bayside Village, L'Anse. He was born on January 26, 1928 in Alston, MI. the son of the late Raymond and Helen (Ross) Tembreull. Pat graduated from Iron Mountain High School in1946. He enlisted in the Marine Corp immediately after graduation. Upon his discharge he returned to L'Anse and met his wife Lois Daust. They married on September 3, 1949 at Sacred Heart Catholic Church, L'Anse. He worked for his father, Celotex Forestry, American Can Co., Humbolt Mine, Clairmont Transfer Co. and was part owner in the Lakeview True Value Hardware Store in L'Anse, retiring in September of 1994. Pat loved his country, his church, his community and served them well. He was an active member of Sacred Heart Catholic Church, L'Anse and served as a teacher, choir member and on several committees including the Bishop's Council of Marquette Diocese. Pat was a volunteer fireman for 20 years and had been a member of the Downtown Development Association and the L'Anse Village Council. He was an avid history buff and storyteller. Pat enjoyed retirement and spent much of his time taking nature pictures, berry picking, wine making, reading, and enjoying family and friends. He was extremely proud of his children and grandchildren. Pat is survived by his loving wife of 60 years, Lois, three sons, John (Patricia) Tembreull of L'Anse, David (Carol) Tembreull of L'Anse, and Robert (Peggy) Tembreull of Escanaba, one daughter, Catherine (Mark) Van Erp of Roseville, CA.; 13 grandchildren, Patrick (Ellen) Tembreull of San Diego, CA., Jessamy (Craig) Barnes of St. Joseph, MI. Kyle (JoAnn) Tembreull of Norfolk, VA., John Van Erp of Porto Seguro, Brazil, Kerrie Van Erp of Cincinnati, OH, Mark Tembreull of Mt. Pleasant, MI. Daniel (Tammy) Tembreull of L'Anse, David (Amber) Tembreull of Wetmore, MI., Cindy (Anthony) LaFernier of L'Anse, and Susan, Laura, Michael, and Robert Tembreull of Escanaba; 8 great grandchildren, brothers, William Tembreull and Dale (Cecelia) Tembreull of L'Anse,and Michael (Sharon) Tembreull of Michigamme. Several nieces and nephews also survive.. He was preceded in death by his parents, brother, James Tembreull and sister-in-law, Marlene. A Mass of Christian burial was celebrated at 11 a.m. Thursday, May 28, 2009 from Sacred Heart Catholic Church, L'Anse with Father Augustin George, celebrant. Interment took place in the L'Anse Evergreen Cemetery. Pat's grandchildren honored him as casket bearers. The family invited friends to join them in a celebration of Pat's life on Wednesday, May 27, 2009 at the Reid Funeral Service and Chapel, L'Anse from 6 until 8 p.m. and for one hour prior to the Mass at the church on Thursday. Wednesday evening a fireman review was held in the funeral chapel at 6:45 p.m. followed by parish prayers at 7 p.m. In lieu of other expressions of sympathy donations in Pat's honor may be directed to Sacred Heart Catholic Church or the L'Anse Area Schools Sports Complex.

The family of JOHN P. "PAT" TEMBREULL created this Life Tributes page to make it easy to share your memories.