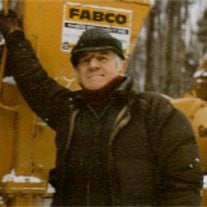 JOSEPH SIKORSKY, 83, of Aura, passed away Sunday, May 24, 2009 at his residence. He had been in ill health for several months. Joe was born in Aura, MI. on April 8, 1926 the son of the late Lawrence and Edna (Conrad) Sikorsky. He graduated from L'Anse High School in 1947. He served in the U.S. Navy during WWII as a P-T boat crewman from 1943-1946. Joe attended Michigan Tech and graduated in 1951 with a B.S. Degree in Geological Engineering and was a registered civil engineer. He worked for MI. State Highway Dept. as a professional geological engineer and also was employed as a civil engineer for several construction companies. Joe owned and operated a marina in Baraga from 1967 until 1973. He owned and operated his own logging and trucking business from 1973 until his retirement in 1998. Joe married the former Carol Lee (Winnega) Jestila in Baraga on May 23, 2004. Mr. Sikorsky is survived by his loving wife, Carol Lee, children, David (Mary) Sikorsky of Savannah, GA., Mark Sikorsky of L'Anse, Jill (Tom) Dickman of Sparks, NV., and Coryn (Jim) Mathews of Wallace, MI., grandchildren, Peter, Katie, and Anna, sister, Ellen Exworthy of Traverse City. Many nieces, and nephews including special nephew, Ray (Jeannie) Sikarskie also survive. He was preceded in death by his brothers, David Sikarskie, Leo Sikarskie, and John Sikorsky, and sisters, Anna LaChapelle, Martha Hood, and Catherine Lehto A memorial service for Mr. Sikorsky was held at 1 p.m. Friday, May 29, 2009 at the Reid Funeral Service and Chapel, L'Anse with Pastor Jim Mathews officiating. The family received friends at the funeral chapel from 12 p.m. until the time of the service. Baraga County Area Veterans, under the direction of the Baraga American Legion Post 444 conducted military honors for Mr. Sikorsky at 12:30 p.m. Following the service the family invited friends to join them for fellowship and a luncheon in the Harrington Gathering room, located at the funeral home.

JOSEPH SIKORSKY, 83, of Aura, passed away Sunday, May 24, 2009 at his residence. He had been in ill health for several months. Joe was born in Aura, MI. on April 8, 1926 the son of the late Lawrence and Edna (Conrad) Sikorsky. He graduated from... View Obituary & Service Information

The family of JOSEPH SIKORSKY created this Life Tributes page to make it easy to share your memories.

Send flowers to the SIKORSKY family.