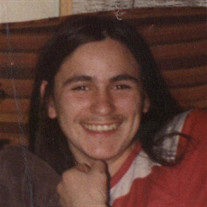 James L. “Jimmy J” Emery, age 55, of L’Anse passed away unexpectedly Sunday, June 25, 2017 at his home. He was born in Chicago, Illinois on April 25, 1962, the son of the late James and Amelia (Maki) Emery. Jimmy J attended school in L’Anse. He began fishing at a young age and made a career commercial fishing. He loved being on his tugboats “Dough Boy” and “West Bay”. Jimmy J was a member of the Keweenaw Bay Indian Community and the Baraga County Couple Pool League for the Side Track Bar. The team was champs in 2016 and 2017. He enjoyed playing cribbage, walking, helping people, carpentry, yard work, teasing kids, and was an avid Bears fan, but his true love was fishing. Jimmy J is survived by his loving children Daron Emery of Escanaba, Shawnee Emery (Henry Smith) of Watersmeet and Kristyn Emery (Trevor Berger) of Escanaba, grandchildren Darryn, Joslyn and Madelynn, brothers Joseph Emery and Mark Emery both of Escanaba, sisters Annette Emery (Ron DeCota) of Baraga and Aimee Emery (Jeff Owens) of L’Anse. Numerous other family members also survive. He was preceded in death by his parents, grandparents, aunts, uncles and great nephew Jaden Forcia. A visitation was held on Saturday, July 1, 2017 from 12 p.m until 2 p.m. with services being held at 2 pm. Immediately after the services, a feast was held followed by interment in the Pinery Cemetery.

The family of James L. "Jimmy J" Emery created this Life Tributes page to make it easy to share your memories.

Send flowers to the Emery family.