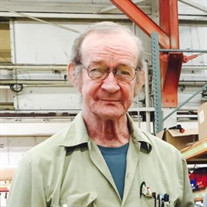 James A. “Jim” Grant, Jr, passed away Sunday morning, April 19, 2020 at his home in Elo, MI. Jim was born on July 14, 1949, the oldest son of the late James Sr and Martha (Ollila) Grant. Jim was a 1967 graduate of Baraga High School. He enlisted in the United States Marine corps right out of high school, serving from 1967 until 1971 and attained the rank of Staff Sergeant. Jim was extremely proud to be a Marine and of his service to our country. Upon his return to Baraga, he worked at Pettibone where he made lifelong friends. He left Pettibone for a brief period of time, returning to the electrical department until his retirement in July of 2016. Jim was a loving son, who along with his brother Steve, took exceptional care of their mother in Elo until her passing in 2009. His devotion to his family throughout his entire life was our greatest gift. Jim was a kind and caring soul who assisted everyone who needed a hand without hesitation. He will be remembered for his helpful and generous nature. Jim was an avid reader and enjoyed challenging crossword puzzles. He absorbed and retained information like no other. Jim loved music, playing the drums in his younger days and his guitar until his hands made it too difficult to continue. He loved gadgets, so much so that everyone in the family will be getting LED flashlights this year for Christmas. He had a fun sense of humor and loved a good joke. Jim will be greatly missed by his brother Steve of Elo, who also helped Jim daily with great compassion and to whom we are forever grateful to; his sisters Jean Hayden of Ceresco, MI, Gayle (Doug) Isaacson of Pelkie; sisters-in-law Jackie (Wayne) Jaakkola of Chassell and Debbie (Jim) Bennett of L’Anse; his biggest sources of pride-his loving nephews Scott Deschaine, Lou (Cathi) Deschaine, Michael Grant, Philip (Lisa) Grant, Jason (Nicholle) Grant, Chad (Stephaine) Grant, DJ Isaacson, Jake (Jess Walitalo) Isaacson, his Uncle Donald Grant and Aunt Cathy Grant. Numerous great nieces and nephews and cousins also survive. Jim was preceded in death by his loving parents, brother Curt Grant, nephews Grant and Nathaniel Deschaine, niece Amanda Grant, brother-in-law Don Hayden and many aunts and uncles. Graveside services with military honors will be held at 1 p.m., Saturday, July 11, 2020 in the Elo Cemetery, Elo, Michigan Jim’s obituary may also be viewed and condolences sent to the family at www.reidfuneralservicechapel.com The Reid Funeral Service and Chapel, L’Anse has been entrusted with the funeral arrangements.

The family of James A. "Jim" Grant created this Life Tributes page to make it easy to share your memories.

Send flowers to the Grant family.