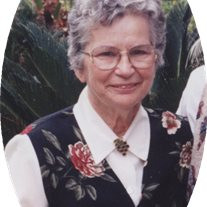 KATHLEEN A. McDONALD, 85, of L’Anse, passed away Saturday, November 13, 2010 at Bayside Village, L’Anse. She was born in Baraga on October 10, 1925 the daughter of the late Frank and Linda (Eckert) McMahon. Kay attended Baraga High School and graduated in 1943. She married Raymond McDonald at St. Ann’s Catholic Church, Baraga on November 16, 1946 and was married for 58 years. He preceded her in death on January 19, 2005. Kay was a member of Sacred Heart Catholic Church, L’Anse and a long time member of the former St. Rita Circle, and the extension club. She lived at the Green Hill Manor, L’Anse prior to being a resident at Bay Side Village. Kay loved raising her 8 children, enjoyed square dancing, camping, sewing, baking, canning and she and Ray spent 14 winters in Harlingen, Texas where they made many friends and continued their dancing. Mrs. McDonald is survived by her loving children Raymond (Margaret) McDonald of L’Anse, Mary Ann (Raymond) Stott of Sault Ste. Marie, Barbara (Howard) Huske of Iron River, Michael (Allison) McDonald of Kingsford, MI, Rose (George) Michaels of Kent, New York, Paul (Sue) McDonald of L’Anse, Jeanne (John) Krenek of Engadine, MI., and Linda McDonald of Francis Creek, WI, 22 grandchildren, and 16 great grandchildren, sister Barbara (Doug) Anderson of Arlington Heights, IL, brothers Francis “Bud” of Levering, MI, Bill McMahon of Minneapolis, MN, and sister-in-law Annette Mervar of L’Anse. She is also survived by numerous nieces, nephews and other family members. She was preceded in death by two brothers James and John McMahon. A Mass of Christian burial was celebrated at 11 am, Saturday, November 20, 2010 from Sacred Heart Catholic Church, L’Anse with Father John Longbucco, celebrant. Interment will take place in the L’Anse Evergreen Cemetery. The family received friends on Friday, November 19, 2010 at the Reid Funeral Service and Chapel, L’Anse from 6 pm until 8 pm with a parish prayer service held at 6:30 pm, and at the church on Saturday from 10 am until the time of the Mass. Her grandsons honored her as casket bearers. Memorials in Mrs. McDonald’s honor may be directed to Sacred Heart School, L’Anse.

The family of KATHLEEN A. "KAY" McDONALD created this Life Tributes page to make it easy to share your memories.

KATHLEEN A. McDONALD, 85, of L’Anse, passed away Saturday, November...

Send flowers to the A. "KAY" McDONALD family.