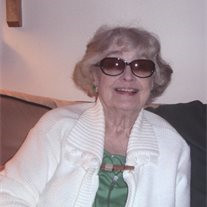 Patricia Forbes Stickels, age 76, of L’Anse passed away Friday, September 20, 2013 at her home. She was born at Meadowbrook, Long Island to parents Gordon and Louise Forbes on October 13, 1936. Patricia was raised in New York City, borough of Queens, and attended the Julia Richman High School in Manhattan, graduating first in her class in 1954. For college, she came west to the University of Michigan, where she majored in English and German and met her future husband. She spent her junior year at the University of Munich, Germany and graduated from Michigan in June 1957. She was married to Charles A. Stickels on June 16, 1957. After her husband completed his service in the Navy she returned to Ann Arbor and taught English and German at Bentley High School in Livonia. Over those same years she obtained a Master’s Degree in Library Science and spent one year as School Librarian for the Chelsea Public Schools. Following the completion of her husband’s graduate work and birth of her son in 1963 she left teaching for motherhood. In the late 70’s she wanted to go back to work, but finding no teaching jobs available, decided to become a computer programmer. She took courses at Washtenaw Community College to learn programming languages, then took a systems analyst position at the University of Michigan working first at the Rackham Graduated School then later the university’s Data Systems Center. In the late 80’s, following the death of her parents and her son’s college graduation, she retired from the work force for good. In 1996 she and her husband purchased a cottage on beautiful Huron Bay in Aura for a summer home. After a time the summer cottage became the permanent residence. Pat loved her home in the UP and had many wonderful friends here but remained a “city girl” at heart. Mrs. Stickels is survived by her husband, Charles A. Stickels, her son and daughter-in-law, Charles F. and Teresa Stickels, grandchildren, Charles T. and Meredith G. Stickels, sister-in-law, Sue Frazier, sister-and brother-in-law Mary and Neil Hodges, and a niece Melissa Frazier Hatem and nephew Gregory Frazier. She was preceded in death by her parents. A memorial service for Mrs. Stickels will be held at 11 a.m. Thursday, September 26, 2013 at the Reid Funeral Service and Chapel, L’Anse with Pastor Judy Mattson officiating. The family will greet friends at the funeral chapel on Thursday from 10:30 a.m. until the time of the memorial service. Following the memorial service the family invites friends to join them for fellowship and a luncheon in the Harrington Gathering room, located at the funeral chapel. In lieu of flowers, the family suggests donations to be sent to Baraga County Home Care and Hospice who provided special care during her final months. Envelopes will be available at the funeral chapel.

Patricia Forbes Stickels, age 76, of L&#8217;Anse passed away Friday, September 20, 2013 at her home. She was born at Meadowbrook, Long Island to parents Gordon and Louise Forbes on October 13, 1936. Patricia was raised in New York City, borough... View Obituary & Service Information

The family of PATRICIA J. STICKELS created this Life Tributes page to make it easy to share your memories.

Send flowers to the STICKELS family.