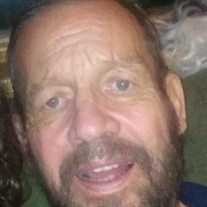 Paul Atous Jacobson, age 74, of Sidnaw, entered into his eternal rest on Sunday, September 6th, 2015. He was born in Sidnaw on May 18th, 1941, the son of the late Josephine and John Gustaf Jacobson. Paul graduated from L’Anse High in 1959. He then entered into the Army, where he served as a Radio Communication Specialist in Germany. He later served for 20 years in the Baraga National Guard unit. He was a member of the Covington Amvet’s Post 1190 and Baraga Legion Post 444. He served on the Covington Fire Department. He married the former Karen Rickard from the Tuscarora tribe. They were married in Torrance, California, but returned east to live in Sidnaw, where he wanted his family to be raised near relatives. Paul loved hunting, fishing, canoeing, camping, and four wheeling. He taught his children to enjoy the great outdoors of the U.P. Paul is best remembered for spearheading the effort to stop the establishment of a landfill just west of Sidnaw. He worked for MDOT as a driller and borer soil tester for land sites. He applied his knowledge and proved the site was sandy. A plastic line was to hold back the garbage. “No way!” said Paul. The landfill would have polluted the Sidnaw Creek, the Sturgeon River, and eventually Lake Superior. He was passionate and convicted about the issue. The landfill was never built. There were several friendly tomato growing contests in Sidnaw. It was a keen rivalry, all contestants trying to win the traveling $4.50 trophy. It was a fun time for Paul. He won several times! Paul and his son John volunteered to build the L’Anse H.S. weight room. After it was successfully completed, the school board voted to name the new addition after Paul and his son, thus the birth of the Jacobson Fitness Center. Paul appreciated what the L.H.S. athletic department did in developing young athletes and their characters. Paul saw many long time friendships develop from the camaraderie out of teamwork that coaches worked on. Paul is survived by his wife, Karen, sons’ Erik (Neeta) of Chassell, John from L’Anse, and daughter Jenny (Will) Palmer, Sault Ste. Marie. He has six grandchildren: Kayla, Quinten, Autumn, Paul, Shalan, and Shania. Sylvia Beck from Ontonagon is his surviving sister. Many nieces, nephews, and grand nieces and nephews survive him. His brothers Walter, Vern, George, and sister Elvie Grady preceded him in death. Many aunts and uncles also departed into the beyond. A memorial service for Paul was held at 11:00 a.m. Saturday, September 26, 2015 at the Reid Funeral Service and Chapel, L’Anse with Deacon Dean Jackson of Marquette officiating. The family greeted friends at the funeral chapel on Saturday from 10 a.m. until the time of the memorial service. Baraga County area veterans, under the direction of the Baraga American Legion Post #444 conducted military honors at the funeral chapel at 10:30 a.m. Immediately following the memorial service, the family invited friends to join them for fellowship and a luncheon in the Harrington Gathering room, located at the funeral chapel. Interment took place in the Sidnaw Cemetery.

Paul Atous Jacobson, age 74, of Sidnaw, entered into his eternal rest on Sunday, September 6th, 2015. He was born in Sidnaw on May 18th, 1941, the son of the late Josephine and John Gustaf Jacobson. Paul graduated from L&#8217;Anse High in... View Obituary & Service Information

The family of Paul A. Jacobson created this Life Tributes page to make it easy to share your memories.

Paul Atous Jacobson, age 74, of Sidnaw, entered into his eternal...

Send flowers to the Jacobson family.