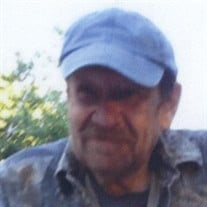 Peter Leif Olson, age 59, of Baraga, passed away Saturday, April 11, 2015 at Baraga County Memorial Hospital, L’Anse following a battle with late-stage cancer. He was born in Hancock, MI on October 29, 1955 the son of the late Leif and Phyllis (Ross) Olson. Pete graduated from Baraga High School in 1973. He served in the United States Navy during the Vietnam Era and also served in the National Guard for many years. Peter had been employed at Pettibone Corporation for many years and most recently by Superior Tool and Fabricating of Baraga where he assisted his boss in building the business until this past February. He was a member of St. Ann’s Catholic Church, Baraga and the Baraga American Legion Post 444. Peter loved cooking for his family and associates and was a craftsman of many items. He could fix or build anything, and enjoyed puttering in the garage on the weekends. He looked forward to his reunion of guard buddies each year in September when they would 4-wheel to Rockland at Bish’s camp near Victoria Lake for a weekend. He and his family enjoyed a Blessed Easter Sunday last week and this will be a lasting memory for all that survive him. He took care of his dog, Khole until his last days. Peter’s sense of wit and humor never left him Peter is survived by his best friend and ex-wife Carole LaPointe of Baraga, sons Jason Olson of L’Anse and Timothy Olson of Baraga, daughter Angela Shelifoe of Baraga. Twin daughters Brigitte LaPointe and Cheryne (Sean) Clements of Marquette, who were close to his heart and whom he helped to raise. Grandchildren Jailyn and Javon Shelifoe, Easton and Brody Clements and Tyson Olson, sisters Jill (Jack) Lundgren and Mary (Robert) DesRochers, nieces and nephews Colleen, Heidi, Jennifer, Robyn, Eric, Adam, Joseph (Renae) and Bradley and several grandnieces and grandnephews also survive. He was preceded in death by his parents and his brother Paul. Funeral services for Peter were held at 11 a.m. Wednesday, April 15, 2015 at Sacred Heart Catholic Church, L’Anse with Father Corey Litzner, celebrant. The family greeted friends and associates at the Reid Funeral Service and Chapel, L’Anse on Tuesday, April 14, 2015 from 6 until 8 pm. Military honors, under the direction of the Baraga American Legion Post #444 were conducted at the funeral chapel on Tuesday at 6:30 pm., followed by a parish prayer service at 7:30 pm. Interment took place Wednesday in the Baraga Cemetery following the Mass. Following the interment the family invited friends and associates to join them for fellowship and a luncheon at the Baraga American Legion Post #444.

Peter Leif Olson, age 59, of Baraga, passed away Saturday, April 11, 2015 at Baraga County Memorial Hospital, L&#8217;Anse following a battle with late-stage cancer. He was born in Hancock, MI on October 29, 1955 the son of the late Leif and... View Obituary & Service Information

The family of Peter L Olson created this Life Tributes page to make it easy to share your memories.

Send flowers to the Olson family.