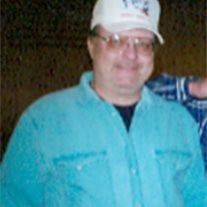 Robert (Bobby) Paul Younggren, 61 of Covington passed away unexpectedly August 2nd at his home. Bobby was born January 3rd 1948 in Ishpeming, MI, son of Howard (Bub) and Irene (Sailo) Younggren of Covington. Bobby graduated from L’Anse High School in 1965 and attended Northern Michigan University. In 1967 Bobby was drafted into the US Army. He served his country as a Sergeant in Vietnam and discharged honorably in 1972. While in Vietnam he was awarded the Bronze Star Medal and the Army Commendation Medal. On December 30, 1967 he married the love of his life Shirley Risku in Covington where they raised five loving children. He was a devoted husband, father and grandfather. Nothing meant more to him than his family and friends. He was employed by CCI for eleven years and then left to fulfill his passion in construction and logging. He loved to be outdoors. In 1977 he and Shirley purchased the Covington Rest Home and have owned and operated the home ever since. He also owned several other businesses, Robert Younggren Forest Products and Excavating, Covington Oil Company, West Central Oil, and part owner of North 141 Travel Plaza. He served as past Commander of VFW Post 8945 and was a lifetime member. Was a member of Bethany Lutheran Church, PAC and the Michigan Association of Timber Men for 35 years. Bobby had many hobbies including softball, pool, hunting, fishing and his favorite thing, moving dirt. He enjoyed feeding deer, spending time at camp, having his morning coffee at the Hardwood General Store with his many friends and family. Bobby has guided his children in many business ventures. Bobby is survived by his loving wife, Shirley, daughter’s Amy Rajala of Chassell, Tammy Clisch of Baraga, Jody (Joel) Kemppainen of Green Bay, WI, Candy (Mark) Kanniainen of Covington, and son Robbie (Emmie) Younggren of Covington. He is also survived by his mother, Irene of Covington, brother Melvin (Karen) Younggren of Covington, 13 grandchildren, Joe, Jason, Jenna, and Lacey Rajala, Justin and Maddy Clisch, Brooke and Ryan Kemppainen, Jesse, Hunter, and Trevor Kanniainen, Abbey and Cole Younggren, and one great granddaughter Lexi. Also leaving behind his beloved friend and companion, his dog Foster, who never left his side spending every minute of the day with him in the truck, tractor, dozer, or reading his Alaska magazines at home. He was preceded in death by his father, Howard (Bubber) Younggren, and Father and Mother-in-Law, Hjalmer and Martha Risku. Funeral services for Bobby were held at 11 a.m. Thursday, August 6, 2009 at the Covington Pavilion with Pastor Scott Williams officiating. Following the service interment took place in the Covington Cemetery with military honors being conducted graveside. The family received friends on Wednesday, August 5, 2009 from 5 until 8 p.m. at the Reid Funeral Service and Chapel and for one hour prior to the service in Covington on Thursday.

The family of ROBERT PAUL "BOBBY" YOUNGGREN created this Life Tributes page to make it easy to share your memories.