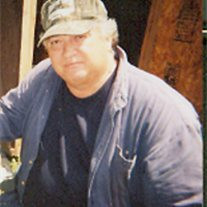 ROBERT W. “BOB” ST. GEORGE, 61, of L'Anse passed away Friday, August 28, 2009 at Marquette General Hospital. He was born in Zeba on December 12, 1947 the son of the late William and Mae (Rose) St. George. Bob graduated from L'Anse High School in 1966. He was employed by the State of Michigan as a Correction Officer until his retirement in 2007. Bob was a member of Keweenaw Bay Indian Community, the Bunny Club, and the Arvon Outlaw Club. He was an avid hunter, and enjoyed 4-wheeling and spending time at camp. Mr. St. George is survived by his loving daughters, Jennifer “Peeky” St. George of L'Anse, Kerry (John) Varline of Baraga, and Michelle St. George of L'Anse, grandchildren, Johnny, Ashley, Amber, Kyle, and Brendan, 1 nephew, and numerous other family members. He was preceded in death by his brother Robert Horton. A memorial service for Mr. St. George was held at 11 a.m Thursday, September 3, 2009 at the Reid Funeral Service and Chapel, L'Anse. The family received friends at the funeral chapel on Thursday from 10 a.m until the time of the service. Following the service, friends were invited to join the family at Bob's favorite hangout, Billy the Finns.

The family of ROBERT W. "BOB" ST. GEORGE created this Life Tributes page to make it easy to share your memories.