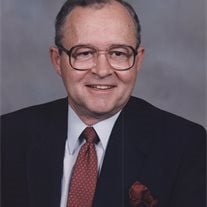 ROGER L. SIRARD, age 74, of Baraga, passed away Thursday, June 13, 2013 at the Omega House, Houghton. He had been in ill health for the past six months . He was born on April 23, 1939 in Hancock, MI the son of the late J. Osmen and Lou M. (Elmblad) Sirard. Roger was raised in L’Anse and graduated from L’Anse High School in 1957, where he was active in football, basketball, track, fishing and hunting. He attended Michigan Tech. University for 1 year and entered the U.S. Army where he served in the medical corp. in Germany. Following his military service he attended Northern Michigan University for 1-½ years and later transferred to Wayne State University to pursue a mortuary science curriculum. Upon graduating in 1964 and state licensing, he worked in the Detroit area as a staff mortician at J.D. Martinson and Son Funeral Homes. On December 1, 1967 he opened the Sirard Funeral Home in Baraga. He retired in June of 1999. Roger was a member of St. Ann’s Catholic Church, Baraga, Bishop Baraga Council #2394, K.C. of L’Anse, Foucault-Funke Post 444 American Legion, Baraga, Ottawa Sportsman’s Club, Michigan Funeral Directors Association, District 10, and National Funeral Directors Association. He co-founded the Bay Ambulance Service, Baraga and was a member of the Baraga County Board of Canvassers for several years. He was also a charter member of the Bishop Baraga Foundation, which helped with the Bishop Baraga site, construction and erection of the Snowshoe Priest statue. Mr. Sirard is survived by brothers, Al (Barbara) Sirard, Joseph (Betty) Sirard, Jerry (Mary) Sirard all of L’Anse, Ed Sirard of Baraga, Miles Sirard of Skanee, and sister Annette Schaefer of Dollar Bay. Numerous niece, nephews, and cousins also survive. He was preceded in death by his sister Emmy Lou. A Mass of Christian burial was celebrated at 11 a.m., Tuesday, June 18, 2013 from St. Ann’s Catholic Church, Baraga with Father John Longbucco, celebrant. The family suggests Masses for the repose of Roger’s soul. Envelopes are available at the funeral chapel and church. Active casket bearers were Roger’s nieces and nephews. Honorary bearers were members of the Ravine River Hunt Club, and Tiger Woods, Ernie Els, Phil Nickelson, and V Jay Singh. Interment took place in the family lot in the L’Anse Evergreen Cemetery. The family received friends on Monday, June 17, 2013 at the Reid Funeral Service and Chapel, L’Anse from 6 until 9 p.m. Deacon John Cadeau conducted parish prayers at 7:30 Monday evening at the funeral chapel.

The family of ROGER L. SIRARD created this Life Tributes page to make it easy to share your memories.

Send flowers to the SIRARD family.