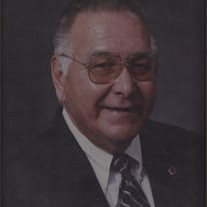 WAYNE J. SWARTZ, 75, of Baraga, passed away suddenly at his home Wednesday, February 8, 2012. He was born in L’Anse on February 27, 1936 the son of the late John and Clara (Knapp) Swartz. Wayne graduated from L’Anse High School. He served in the U.S. Army during the Korean Conflict. He had been employed as a truck driver for Pettibone Corp. for many years. He then was the first manager for Big Bucks Bingo, working there from 1981 until 1998. Wayne married the former Ann Kunick in L’Anse on October 23, 1980. He was a member of Zeba Indian Mission United Methodist Church, the Keweenaw Bay Indian Community, Baraga American Legion Post #444, a lifetime member of Am Vets, the L’Anse Golf Club, and the Baraga County Bowling League. Wayne was currently serving on the Keweenaw Bay Indian Health Board, a post he had held since 1989. He served on the Keweenaw Bay Tribal Council for 12 years, Vice Chairman for 7 years, and 3 years as CEO and President, retiring in 1999. He served on the Baraga County Hospital Board from 1987 until 1993, and was Baraga County Kiwanis Citizen of the year in 1999. Wayne enjoyed golfing, fishing and hunting. Mr. Swartz is survived by his wife Ann, sons Wayne Jr. and Fred of California, David of L’Anse, daughters Gail (Butch) Koski of L’Anse and Melody and Leslie of Baraga, 20 grandchildren and 33 great grandchildren, brothers Bill (Ann) Swartz, Roland (Dodo) Swartz both of L’Anse, and Ward (Nancy) Swartz of Millington, MI, sisters Pearl Thoresen of L’Anse, and Dolly Sapcut of Baraga, sisters-in-law Sandy Swartz of L’Anse, and Barbara Swartz of Baraga. Numerous nieces, nephews, and cousins also survive. He was preceded in death by his parents, daughter Stephanie Swartz, stepson Tom Schlehuber, and brothers Clyde and Jerry Swartz. Funeral services for Mr. Swartz were held at 1 p.m. Monday, February 13, 2012 from the Reid Funeral Service and Chapel, L’Anse with Reverend Steve Rhoades officiating. Interment will take place in the Baraga Cemetery. The family received friends at the funeral chapel on Monday from 11 a.m. until the time of the service. Baraga County area veterans, under the direction of the Baraga American Legion Post #444 conducted military honors at the funeral chapel on Monday at 12 noon. The family invited friends to join them for fellowship and a luncheon immediately following the funeral service at the Baraga American Legion Post #444.

The family of WAYNE J. SWARTZ created this Life Tributes page to make it easy to share your memories.

WAYNE J. SWARTZ, 75, of Baraga, passed away suddenly at his home...

Send flowers to the SWARTZ family.