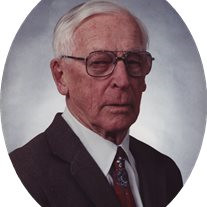 WILLIAM A. “BILL” PARKILA, SR., age 96,of Calumet, and formerly of Alston passed away Wednesday, June 9, 2010 at Aspirus Keweenaw Hospital in Laurium, following a short illness. He was born August 25, 1913 in Pelkie, MI. the son of the late August and Kaisa (Koski) Parkila. Bill grew up on a farm in Pelkie, and in 1933 moved to Chicago for employment. There he met and married his wife Anne Haarstad and in 1937 they moved to Detroit where he was a tool and die maker. They returned to his much loved U.P. in 1945 and started Bill’s Auto Parts in L’Anse, which he operated until retiring in 1973. Bill’s wife Anne passed away in 1985. He married Katherine Johnson of Ontonagon in 1990. She preceded him in death in 2007. Bill was actively involved in numerous community endeavors: 15 years on the Baraga County Hospital Board with 13 of them as board chair-15 years on the board at Commercial National Bank- 25 years on the Great Lakes Fisheries Committee. He served as president and officer several times on the Ottawa Sportsman’s Club, and also was on the L’Anse Village Council and the Laird Twp. School Board. In 1994 Bill received the Kiwanas “Citizen of the Year” award. For over 20 years he had extensive involvement in sports programs in Alston as the playing coach of the hockey team and manager of the baseball team. He also was actively involved with the L’Anse Golden Eagles Drum Corps. Bill was twice Master of the L’Anse Masonic Lodge #547 F&AM and a member of the Ahmed Temple Shrine in Marquette and enjoyed involvement as president of the Red Rocks Toastmasters Club. He culminated his civic contributions as secretary and treasurer of the Western U.P. Forest Improvement District. Throughout all of his life Bill had great fulfillment and enjoyment of family and friends. Mr. Parkila is survived by his loving children, Diane (Robert) Hedman of Apple Valley, CA., Patricia (Gil Ziegler) Jensen of Livonia, MI., and William (Sandy) Parkila Jr. of L’Anse, and a special nephew Ron (June) Parkila of Baraga, grandchildren, Mara (David) Olden of Coon Rapids, MN., Kevin (Magdelena) Parkila of Royal Oak, MI., and Scott Jensen of West Bloomfield, MI, great grandchildren, Nathan and Eathan Olden, and Monika and Lukas Parkila. He also leaves numerous other nieces and nephews. He was preceded in death by 10 brothers and sisters. Funeral services for Mr. Parkila were held at 12 p.m., Thursday, June 17, 2010 from the Reid Funeral Service and Chapel, L’Anse with Pete Suomela officiating. Interment took place in the Pelkie Cemetery. The family received friends at the funeral chapel on Wednesday, June 16, 2010 from 6 until 8 p.m. and on Thursday from 11 a.m. until the time of the service. On Wednesday evening the L’Anse Masonic Lodge 547 F&AM conducted a Masonic service in the funeral chapel at 7 p.m. Following the funeral service on Thursday, the family invited friends to join them for fellowship and a luncheon in the Harrington Gathering room, located at the funeral chapel. Memorials in Mr. Parkila’s honor may be directed to the Keweenaw Bay Shrine Club. The family would like to thank the staff and residents at Northridge Pines Assisted Living in Calumet for the wonderful compassionate care and friendships he so enjoyed there.

The family of WILLIAM A. "BILL" PARKILA, SR. created this Life Tributes page to make it easy to share your memories.