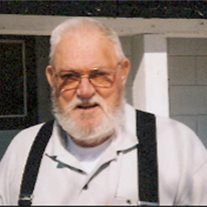 WILLIAM T. ROWLOFF, 84, of Sidnaw, MI. passed away Friday, May 22, 2009 at Bayside Village, L'Anse. He was born Stanton, MI. on October 10, 1924. William attended school in Sidnaw and the Duncan Twp. Schools. He attended Northern Michigan University, graduating with a B.S. in criminal justice in 1980. He joined the US Navy and was a naval pilot and was also a aviation instructor. Bill was employed as a engineer for the Grand Trunk Western Railroad from 1950 until his retirement in 1972. He married the former Margaret Knapp in Houghton on September 26, 2003. Bill was a member of the Mormon Missionary Church in Houghton, MI. He enjoyed hunting and was an avid fan of big band music. He. Rowloff is survived by his loving wife, Margaret, son, Steve (Anna) Rowloff of Ishpeming, daughters, Sharon Burdick of Ishpeming, Gloria Johnson, and Susan, 6 grandchildren, 3 great grandchildren, half sister, Dorothy McCall., and 2 step daughters, Angela Potts of Baraga, and Waynette of Paris, AR. Numerous nieces, nephews and cousins also survive. He was preceded in death by his parents, a brother, and his half sister, Helen.. Funeral services for Mr. Rowloff were held at 2 p.m. Wednesday, May 27, 2009 at the Reid Funeral Service and Chapel, L'Anse with Gus Haapala, Counselor, Branch President officiating. The family received friends at the funeral chapel on Wednesday from 1 p.m until the time of the service. Baraga County Area Veterans honored Mr. Rowloff with a military service at 1:00 p.m. followed by a Masonic service at 1:30 p.m. Interment will take place in the Sidnaw Cemetery.

The family of WILLIAM T. "Bill" ROWLOFF created this Life Tributes page to make it easy to share your memories.