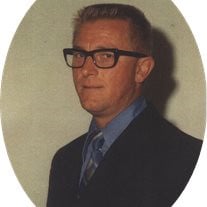 WILLIAM H. “BUNKER” WILLIAMS, 75, of L’Anse, passed away, Saturday morning, July 16, 2011 at the Omega House in Houghton following a short illness. Bill was born in on August 3, 1935 in Ishpeming, MI the son of the late William H. and Nell (Kakkuri) Williams. He graduated from Ishpeming High School where he played on the football team. After graduation he attended Northrup Institute of Technology in California. In his early years he worked for the Michigan State Highway Department and throughout the years was surveyor for many road projects. He married Mary Jean Negilski who died of cancer and they had a son, Billy. He married Anne Golden in 1962 and they lived in New Mexico where he worked on construction for a highway through the mountains and on a crew that put in the highway near White Sands. Upon returning to Michigan he was part of the crew that constructed the Quinnesec Paper Mill Bill spent his life working in the areas of construction engineering and survey engineering. During his time in Baraga County he worked for Tribal Construction Company retiring in November 2010. To help fill the void during his retirement, he delivered Meals on Wheels. He was a member of the L’Anse Eagles Club. Bill was an avid Green Bay Packer fan. Mr. Williams is survived by his wife Anne, sons Bill (Lynn) Williams of Park City, Utah, Brian (Debbie) Williams of L’Anse, Bruce Williams of L’Anse, and Barry (Cris) Williams of Ishpeming, three grandsons Zachary (Kelly) Williams, Joshua Emery, Michael Williams, on granddaughter Erin McMahon, and one great grandson Damien McMahon. He was preceded in death by his brother Duane. Funeral services for Mr. Williams were held at 11 am, Friday, July 22, 2011 at the Reid Funeral Service and Chapel, L’Anse with Pastor John Autio officiating. Interment took place in the L’Anse Evergreen Cemetery. The family greeted friends at the funeral chapel on Friday from 10 a.m until the time of the service. Memorials in Mr. Williams honor may be directed to the Omega House.

The family of WILLIAM H. "BUNKER" WILLIAMS created this Life Tributes page to make it easy to share your memories.