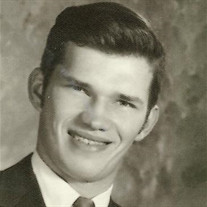 Walfred M. “Wally” Sullivan, age 71, of L’Anse, MI passed away unexpectedly at his residence on Sunday, March 10, 2019. He was born in L’Anse, MI on July 11, 1947 the son of the late Walfred and Betty Jane (Connor) Sullivan. Wally graduated from Baraga High School. He married the former Charlene Deziel at St Henry’s Church in Nisula, MI on August 16, 1969. He had been employed as a laborer at the former Celotex Corp until his retirement. Wally was a member Mission United Lutheran Church, Pelkie. He enjoyed snowplowing, fishing, hunting and spending time with his children and grandchildren. Wally is survived by his loving family; wife Charlene, son William “Bill” Sullivan of Alston, daughters Cindy Sullivan of L’Anse and Bonnie Scarpa of Florida, grandchildren Daniel and Scott Sullivan, Catrina, Mackenzie, Stephen and Johnathon Scarpa, brothers Louis (Connie) Sullivan of Alston, James “Jim” (Brenda) Sullivan of Nisula, sister Sue Sullivan of Alston, brothers-in-law Daniel (Janelle) Deziel of North Carolina, Charles (Janet) Deziel of Baraga and sisters-in-law Michelle Deziel of Keweenaw Bay and Judy Sullivan of Alston. Numerous nieces, nephew sand cousins also survive along with his loyal companion “Lexie” He was preceded in death by his parents, his granddaughter April and his brother David “Mike” Sullivan. A memorial funeral service for Wally will be held at 11 am, Friday, March 15, 2019 at the Reid Funeral Service and Chapel, L’Anse with Pastor John Ansell officiating. The family will greet friends at the funeral chapel on Friday from 10 am until the time of the memorial funeral service. Immediately following the memorial funeral service, the family invites friends to join them for fellowship and a luncheon in the Harrington Gathering Room, located at the funeral home. Spring interment will take place in the Alston Cemetery, Alston, MI. The Reid Funeral Service and Chapel, L’Anse has been entrusted with the funeral arrangements.

The family of Walfred M. "Wally" Sullivan created this Life Tributes page to make it easy to share your memories.

Send flowers to the Sullivan family.