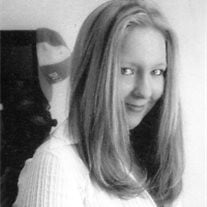 CHELSEY LYNN LaFERNIER, age 23, of Baraga was suddenly called to Heaven on Thursday, January 22, 2009. She was born in L'Anse on June 26, 1985 the daughter of Harry LaFernier and Roberta "Birdie" Sheldon. Chelsey attended Baraga area schools and graduated from L'Anse Alternate School. She worked at the Ojibwa Casino and attended Michigan Tech. Chelsey moved to Grand Rapids for a short time and worked for AAA of Michigan and attended college. She moved back to Baraga to be near her family and to further her education. Chelsey had worked at the Pines Gas Station and was currently employed as a secretary/receptionist at the Tribal Medical Center and was taking classes through Gogebic College. She was a member of Keweenaw Bay Indian Community. Chelsey dearly loved her children, and they were always her #1 priority. She loved being with them and doing things with them. Chelsey enjoyed shopping, going to garage sales, camping and being with her family. Chelsey is survived by her loving family; children, Davohn A. LaFernier and Alexxus T. DeCota, mother, Roberta "Birdie" (Jim) Sheldon of Baraga, father, Harry LaFernier of Baraga, sisters, Lily Leinonen of Houghton, and Amber (Chris) Weigel of Spring Lake, NC, step brother, Jay Sheldon of Green Bay, WI., step-sister, Sara J. Sheldon of Green Bay, and step-grandparents, William and Barbara Sheldon of Ishpeming. Numerous aunts, uncles, nieces, nephews and cousins also survive. She was preceded in death by her grandparents. Funeral services for Chelsey were held at 11 a.m. Thursday, January 29, 2009 at the Reid Funeral Service and Chapel, L'Anse with Father George Maki officiating. Spring interment will take place in the Pinery Cemetery. The family received friends on Wednesday, January 28, 2009 from 6 until 8 p.m. at the Reid Funeral Service and Chapel and for 1 hour prior to the service on Thursday. A parish prayer service was held in the funeral chapel Wednesday evening at 7 p.m. Following the services on Thursday the family invited friends to join them for fellowship and a luncheon at the Baraga American Legion Post 444.

The family of CHELSEY LYNN LaFERNIER created this Life Tributes page to make it easy to share your memories.

Send flowers to the LaFERNIER family.