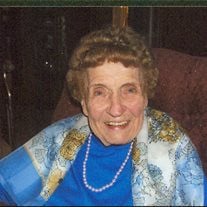 JEANNE C. SEBALD, 96, of Skanee, MI. passed away Wednesday, June 10, 2009 at Bayside Village, L'Anse, where she had been a resident for several months. She was born in L'Anse on December 24, 1912 the daughter of the late Edward and Valada (Menard) Sicotte. She attended L'Anse and Green Bay schools and became a nun with the sisters of St. Joseph of Carondelet for approximately six years. Jeanne then worked as a secretary in Detroit and Chicago. She married Edward Collins and moved to Alpena, MI. in 1947. Together they had five children. He preceded her in death on September 16, 1961. She worked for many years as a realtor, accountant, and owner and manager of many rental properties. She co-founded the Pied Pipers School for mentally retarded children. Jeanne was a member of Sacred Heart Catholic Church, L'Anse, the American Legion Auxiliary Post 144, the National Society for Aid to Retarded Children, the real estate board and became president of the board following the death of her husband, the Lost Lake Woods Club, and three bridge clubs. She also owned the Wagon Wheel Tavern in Ossineke, MI. from 1970 until 1973 with her second husband, Jack Sebald. She retired on the Ravine River, near her hometown with Jack. He precede her in death on November 19, 1972. Jeanne worked in her son, John's Huron Bay Trading Post. She loved the outdoors and camping. Mrs. Sebald is survived by her loving children, John Collins of Skanee, and Valda (Norman) Peterson of Jackson, MI., stepsons, Mark Sebald of Ann Arbor, and David (Cindy) Sebald of San Antonia, TX, 6 grandchildren, 5 great grandchildren, and sister, Faye Kreuz of Chisholm, MN. Numerous nieces and nephews also survive. She was preceded in death by her daughter Jeanne Anne, and sons, Edward and Thomas in 2007. Funeral services for Mrs. Sebald were held at 11 a.m. Monday, June 15, 2009 at the Reid Funeral Service and Chapel, L'Anse with Father George Maki officiating. Interment took place in the L'Anse Evergreen Cemetery. The family greeted friends at the funeral chapel on Sunday, June 14, 2009 from 6 until 8 p.m. and on Monday from 10 a.m. until the time of the service. A parish prayer service was held Sunday evening at 7 p.m. Following the funeral service on Monday the family invited friends to join them for fellowship and a luncheon in the Harrington Gathering room located at the funeral chapel. Memorials in Mrs. Sebald's honor may be directed to the Mentally Retarded Children's Association. Envelopes are available at the funeral chapel.

JEANNE C. SEBALD, 96, of Skanee, MI. passed away Wednesday, June 10, 2009 at Bayside Village, L'Anse, where she had been a resident for several months. She was born in L'Anse on December 24, 1912 the daughter of the late Edward and Valada (Menard)... View Obituary & Service Information

The family of JEANNE C. SEBALD created this Life Tributes page to make it easy to share your memories.