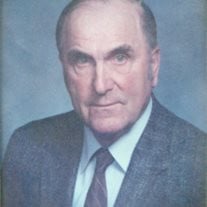 JOHN A. VUK, SR. 92, of L'Anse passed away Monday, March 30, 2009 at Baraga County Memorial Hospital. He was born in L'Anse, MI. on January 17, 1917 the son of the late Anton and Anna (Verbanac) Vuk. John attended L'Anse Area Schools. He married the former Irene Forcia. She preceded him in death on January 9, 1992. John was a member of Sacred Heart Catholic Church, L'Anse and was a 4th Degree member of the Knights of Columbus. He was a self employed logger for many years until his retirement. John enjoyed vegetable gardening, the casino, and most of all he loved his grandchildren. He will be lovingly remembered as a quiet and kind gentleman. Mr. Vuk is survived by his loving children, John Vuk of L'Anse and special friend Mary Rogala, Sylvia (Alan) Farnum of Plymouth, WI., Judy Vuk of L'Anse, and Suzanne (Jeff) McCurdy of N. Baltimore, Ohio, grandchildren, Roger, Jamie, Erin, Elizabeth, Ana, Jason, and Travis, great grandchildren, Christopher, Sean, Delaney, Anton, Lena, Miles, and Tristan. He was preceded in death by 3 brothers, 4 sisters, and daughter-in-law, Colleen in 2000. A Mass of Christian burial was celebrated at 11 a.m. Thursday, April 2, 2009 from Sacred Heart Catholic Church, L'Anse with Father George Maki, celebrant. Spring interment will take place in the L'Anse Evergreen Cemetery. The family received friends at the church on Thursday from 10 a.m until the time of the Mass. The Knights of Columbus participated during the visitation period.

The family of JOHN A. VUK, SR. created this Life Tributes page to make it easy to share your memories.

Send flowers to the A. VUK, family.