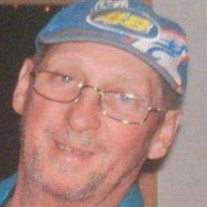 James T. “Duke” Dusincki, age 70, of Covington, died peacefully Friday April 21, 2017 at his home. He was born in Dearborn, MI on March 12, 1947, the son of the late John and Laverne (Johnson) Dusincki. Duke was raised in Wayne, MI and moved to L’Anse in the 7th grade. He worked for Art Allert at “Art’s” during his high school years and following graduation in 1966 from L’Anse High School, he served in the US Army in Germany. Duke moved back to the area in 1968 after his mother’s death. He married the former Jean Asikainen in L’Anse on March 24, 1979. Over the years, Duke worked for many companies, including D&H Welding, Kruger Trucking and had retired from Collins Brothers 5 years ago. Duke loved cooking, camping with his 5th wheeler, playing softball for the “Great” team of Northwood’s Bar, watching the Detroit Tigers, Lions and Jimmy Johnson’s NASCAR team. He will be most remembered for his quick wit, humor, his laugh and for his love for his family and many friends. Duke was Elvis’s #1 fan. All who knew Duke can attest to is undying love for his idol. Duke is survived by his beloved wife Jean, children Corina Dusincki of Baraga, Jimmer (Amber) Dusincki of Covington and Carl (Karin) Adams of Baraga, grandchildren, Logan, Mackenzie, Jordi Dusincki of Covington, Travis and Kassidy Adams of Baraga, Frankie, Carli, Erin and Tyler Younggren of Baraga, sister Diane (Ron) Risku of Watton, brothers-in-law David Asikainen of Covington and Skip (Fran) Asikainen of Florida and sister-in-law Karlene (Ron) Sayatovich of L’Anse, uncles Henry and Donald Johnson of L’Anse, Len and Sue Williams of Sandusky, Ohio, aunt Viola Dusincki Paul of Lincoln Park and numerous nieces and nephews. He also is survived by his beloved and constant companions, his “fur babies” Raj and Rebal. He was preceded in death by his parents, grandparents John and Esther Dusincki, grandmother Mary “Toots” Williams, nephew Richard Jarvey and daughter-in-law Michele Younggren. Funeral services for Duke were held at 3 pm, Saturday, April 29, 2017 at the Reid Funeral Service and Chapel with Deacon John Cadeau officiating. The family greeted friends at the funeral chapel on Saturday from 1 p.m. until the time of the service. Military honors were conducted at the funeral chapel at 2:30 p.m. Immediately following the funeral service, friends were invited to join the family for fellowship and a luncheon at the L’Anse VFW #3897. Interment will take place in the Covington Cemetery.

The family of James T. "Duke" Dusincki created this Life Tributes page to make it easy to share your memories.

Send flowers to the Dusincki family.