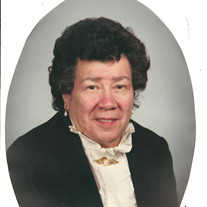 Lena D. (Marksman) Kuopus, age 93 of L’Anse, Michigan passed away on Monday, March 28, 2022 at Bayside Village, L’Anse with her loving family by her side. She was born in Zeba, MI on June 1, 1928 the daughter of the late Charles H. and Susan (White) Marksman. Lena attended school at the Zeba Foot School and L’Anse area schools. She married Arthur Kuopus. He preceded her in death. Lena had been employed as a barmaid at Billy the Finns for 22 years and had worked at Big Bucks Bingo for many years. She was a member of the historic Zeba Indian Mission United Methodist Church and continued to do God’s work. She was also a member of the Keweenaw Bay Indian Community. Lena was an honored Elder at the 7th KBIC Annual Traditional Winter Pow Wow. Her nieces and nephews, great nieces and great nephews and great great nieces and nephews were the loves of her life. She taught them many lessons which will never be forgotten. She was a strong, determined KBIC Ojibwa woman who proved she could take care of herself. She enjoyed cooking for her nieces and nephews, making the gravy at the church’s dinners; sewing everything by hand, talking with her friends and reading. She had a great memory of all her family and friends from the past, who she has now joined in Heaven. Lena is survived by her loving family: grandchildren Lily (Terry) Marcotte, Troy (Kristy) LaFernier, Amber Weigle, Betsey Leinonen and Guy (Ginger) Leinonen, great grandchildren Elexsonna, Xackery, Xavier, Abby, Gracie, Leslie, Samantha, Sabrina, Ericka, Elisa, Evan, Aiden, Rowen, Willow, Justin, and Joslyn, many nieces and nephews including her nieces and caregivers Avis (Walter) Leinonen and Susan (Mike) LaFernier and Bucky LaFernier, Gary Haataja and David Haataja. She was preceded in death by her parents, infant son Jeffery, her siblings Laura Haataja, Rose Haataja, Violet Friisvall, Samuel Marksman and Theodore Marksman, great grandchild Kori LaFernier and many other family members. A visitation will be held on Friday, April 1, 2022 from 11 a.m. until 1 p.m. at the Reid Funeral Service and Chapel, L’Anse. A funeral service will be held at 1:30 p.m. on Friday at Zeba Indian Mission United Methodist Church, Zeba with Pastor Mark Miller officiating. Following the funeral service at the church, the family invites friends to join them for fellowship and a luncheon at the Zeba Hall. Spring interment will take place in the Pinery Cemetery, L’Anse. Lena’s obituary may also be viewed and condolences sent to the family at www.reidfuneralservicechapel.com. The Reid Funeral Service and Chapel, L’Anse has been entrusted with the funeral arrangements.

The family of Lena D. (Marksman) Kuopus created this Life Tributes page to make it easy to share your memories.