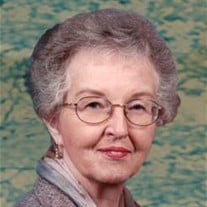 Norma V. Ringquist, age 86, of Baraga, passed away following a lengthy illness on Wednesday, April 13, 2016. Her loving daughter Laura and son-in-law Randy were with her at the time of passing. Norma was born October 22, 1929 in Detroit and was a daughter of the late Justice and Aina (Lundgren) Wood. Following Justice passing away, Aina married Albert Nyman. Norma attended Cass Technical High School (Cass Tech) and graduated in 1947. She then attended and graduated from The Harper Hospital School of Nursing in Detroit where she received her RN. Norma married Roland Ringquist on June 15, 1951. They moved from Detroit to Farmington in 1959. He preceded her in death on July 24, 2010. Norma volunteered for many organizations thru out her life, many school activities with her children, Plymouth State Home and Training School for the deaf. Norma was a founding member of the Michigan Association for Children with Learning Disabilities (MACLD) which was the Michigan branch of the national ACLD. Both were fierce advocates for those who just learn differently. For many years Norma and Roland had a vacation spot at the Hiawatha Sportsman Club. They both deeply loved spending time there and moved then upon retirement. Norma was also very active in her retirement. She was an UP-EMS (Upper Peninsula Emergency Medical Service) with the Garfield Township Ambulance Service. Norma also served on the UP-EMS, board member from 1984-2010. For over 16 years, she attended monthly meeting in Marquette, served in leadership roles in guiding the UP-EMS activities. She was a staunch advocate for small community EMS. Norma regularly attended the Annual UP-EMS conference and participated in various EMS events and projects across the Upper Peninsula. Throughout her life, Norma really enjoyed her life, family, children, grandchildren, friends and her pets. Other interests were playing the piano, singing, art and reading books. Norma is survived by her daughter and son in law Laura (Randy) Cadeau of L’Anse, son Eric Ringquist of Columbus, Ohio, grandchildren Lindsey (Brent) Marsh, Hilary (Nathan) Kindt and Courtney Cadeau (Terry Davisson), great grandchildren Cara and Katherine, numerous nieces and nephews and a sister in law Susan Yakimovich of Cadillac, MI A memorial service for Norma will be held at 1:30 p.m. on Saturday, July 9, 2016 at the Engadine United Methodist Church with Reverend Tim Callow officiating. The family will receive friends at the church on Saturday from 1 p.m until the time of the service. Interment will take place in the Garfield Township Cemetery in Naubinway, MI. In lieu of flowers, the family suggests memorials in Norma’s honor to be directed to UP-EMS, 1401 Presque Isle Ave., Marquette, MI. 49855 UP-EMS which has been active since 1981 is a nonprofit organization which helps to develop, support and promote emergency medical services throughout the Upper Peninsula.

Norma V. Ringquist, age 86, of Baraga, passed away following a lengthy illness on Wednesday, April 13, 2016. Her loving daughter Laura and son-in-law Randy were with her at the time of passing. Norma was born October 22, 1929 in Detroit and... View Obituary & Service Information

The family of Norma V Ringquist created this Life Tributes page to make it easy to share your memories.

Send flowers to the Ringquist family.