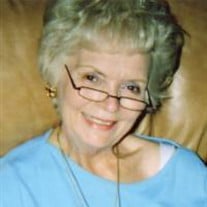 PATRICIA ANN WISNIEWSKI, 61, of Nashotah, WI. and former resident of Baraga, MI. passed away Friday, October 19, 2007 at Angels Grace Hospice in Oconomowoc, WI. She was born on September 21, 1946 in Ishpeming, MI. daughter of the late Gordon and Lillian (Pihlaja) Rock. Patricia was married to Carl Hendrickson and he preceded her in death. She married Gerald Wisniewski in L’Anse in 2003. Patricia had worked as a secretary at Michigan Tech University. She was a member of the L-A Girls Red Hat Society and a past member of the Ancient American Artifact Preservation Foundation. Patricia will be remembered by those who knew her as a sweet soul who had a propensity for touching the hearts of those she met. Her love for life extended across a whole range of activities including, boating, gardening and especially painting. In addition, she had a passion for minerals and crystals, which were something that was part of her everyday life. Her zest for life and uplifting presence will be deeply missed by family and close friends. The number of which is considerable. She was an inspiration for many and will live in the hearts of those who had the pleasure of knowing her. Mrs. Wisniewski is survived by her loving husband, Gerald, son, Carl Ladd (Megan) Hendrickson, grandchildren, Makenna Maye, Nolan Ladd and Allyson Paige Hendrickson, and sisters, Betty Matz and Rita Burra. A memorial service honoring Mrs. Wisniewski was held at 3 p.m. Saturday, October 27, 2007 at the Reid Funeral Service and Chapel, L’Anse with Rev. Jeanette Ruusi officiating. The family received friends at the funeral chapel on Saturday from 2 p.m. until time of the service. Following the service, friends were invited to join the family for fellowship and a luncheon at Best Western Baraga Lakeside Inn. The family has entrusted the Reid Funeral Service and Chapel, L’Anse with arrangements

PATRICIA ANN WISNIEWSKI, 61, of Nashotah, WI. and former resident of Baraga, MI. passed away Friday, October 19, 2007 at Angels Grace Hospice in Oconomowoc, WI. She was born on September 21, 1946 in Ishpeming, MI. daughter of the late Gordon... View Obituary & Service Information

The family of PATRICIA ANN WISNIEWSKI created this Life Tributes page to make it easy to share your memories.

Send flowers to the WISNIEWSKI family.