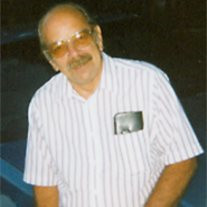 PATRICK J. RACETTE, 62, of Zeba, MI. began his new journey Wednesday, April 19, 2006 at Marquette General Hospital. He was born in L’Anse, MI. on November 23, 1943 son of the late Eugene and Alice (Milligan) Racette. Pat graduated from L’Anse High School in 1962. He enlisted in the US Navy in 1962 and was honorably discharged in 1966. On June 29, 1974 he married the former JoAnne Genschow in Zeba, MI. Pat worked as a welder for Pettibone and a counselor in substance abuse. He most recently was the director of Alcohol and Substance Abuse Program for the Keweenaw Bay Indian Community. Pat also acted as director of substance abuse in Mount Pleasant and assisted in setting up the Alcohol and Substance Abuse facility in Mount Pleasant. He returned to the area as the director of Alcohol and Substance Abuse Program until his retirement in 2003. Pat was a member of Sacred Heart Catholic Church and Blessed Kateri Tekawitha Parish. He enjoyed hunting, fishing, spending time with his grandsons and working on cars. Mr. Racette is survived by his loving wife, JoAnne, son, Patrick Eugene Racette of Lansing, daughters, Elizabeth “Liz” Julio of Keweenaw Bay, and Catherine “Kit” Racette of L’Anse, grandchildren, Keegan and Lucas, sisters and brothers, Mary Faith Manning of L’Anse, Thomas (Anna) Racette of Appleton, WI., Sally Prokop of Black River, WI., Francis (Judy) Racette of Escanaba, Phyliss Dompier of Gaylord, MI. Sandy (Floyd) Roberts of Mankato, MN. and special sister, Dee Kneebone of New Berlin, WI. Numerous nieces, nephews and other relatives also survive. He was preceded in death by his son David in 1976. Funeral services for Mr. Racette were held at 2 p.m. Saturday, April 22, 2006 at the Reid Funeral Service and Chapel, L’Anse with Father Thomas Schmied officiating. The family received friends on Saturday, April 22, 2006 from 10 a.m. until 12 noon followed by a luncheon in the Harrington Gathering room, located at the funeral home. There was an additional visitation period from 1 p.m. until time of the service. Interment followed at the Evergreen Cemetery where the Baraga County Area Veterans, under the direction of the Baraga American Legion Post 444 will conduct graveside military honors. Family members honored him as casket bearers. The Reid Funeral Service and Chapel, L’Anse has been entrusted with arrangements. Mr. Racette’s obituary may also be viewed and condolences sent to the family at www.rfsc.net

The family of PATRICK J. RACETTE created this Life Tributes page to make it easy to share your memories.