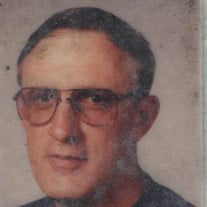 Mr. Patrick T. Coady, age 72, of L’Anse, passed away Wednesday, November 4, 2015 at his home following a lengthy illness. He was born in Coral, Michigan on October 18, 1943 the son of the late Thomas and Audrey (Rowland) Coady. Pat graduated from Vanderbilt Area High School in 1961. He joined the State Police in 1968 at the Blissfield Post and was assigned to the Detroit Riots in 1969. He retired in 1993from the Lakeview Post. Before joining the state police he had been a pitcher for the Detroit Tigers. He married Patricia Butler in Las Vegas on September 17, 1994. Pat enjoyed bear hunting, 4-wheeleing, tractor rides, flying, he owned the Herman International Airport, enjoyed fellowship at Billy the Finns and loved to mow grass. He was an expert shot. Pat was his wife’s #1 mentor and supporter in their life together and encouraged her to chase her dreams and realize her ambitions. Mr. Coady is survived by his loving wife Pat, son Patrick T. (Julie) Coady, Jr of Johannesburg, MI, daughter Shawn Aposey of Johannesburg, MI, 3 grandchildren, 2 great grandchildren, brother Jimmy (Evie) Coady of Baraboo, WI, sisters Edith (Clair) Frost of Riverside, CA,, Jeanette Denton of Sand Lake, MI, Janice Steinke of Coral, MI, Rosemary Pyke of Kaukauna, WI, Ann Spreeman of Kaukauna, WI, and Caroline (Roy) Schrauben of Portland, MI. Pat was preceded in death by his parents and brothers-in-law Lyle Pyke, Donald Spreeman and Mic Denton. A celebration of Mr. Cody's life was held on Friday, November 13, 2015 from 6 until 8 pm at the funeral chapel.

Mr. Patrick T. Coady, age 72, of L&#8217;Anse, passed away Wednesday, November 4, 2015 at his home following a lengthy illness. He was born in Coral, Michigan on October 18, 1943 the son of the late Thomas and Audrey (Rowland) Coady. Pat graduated... View Obituary & Service Information

The family of Patrick T Coady created this Life Tributes page to make it easy to share your memories.

Send flowers to the Coady family.