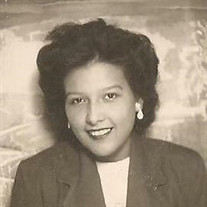 Violet Rebecca (Marksman) Friisvall, 82, passed away peacefully in her home in Zeba on March 6, 2015. The daughter of Charles H. and Susan (White) Marksman, Violet was born in Zeba on December 10, 1932, in the same house in which she passed. Violet attended the Zeba Foot School and L’Anse Area Schools until chronic and severe asthma kept her from finishing high school. She went back to school later in life and in 1982 earned her high school diploma through the L’Anse/Baraga Community Schools. Violet married Kenneth Howard Friisvall of Elo on November 1, 1952, and remained married to him for 52 years until his death in 2004, a marriage that blessed them with eight children. In addition to being a loving Mother, Grandmother, and wife, Violet worked privately as a housekeeper and home aide, as a bookkeeper at the Ojibwa Transit Authority and eventually became the Director, a Certified Nurse Aide for Janus Home Health Care, and then at Northern Lights Nursing where she retired. Violet was very dedicated to her people and contributed many years of her life to the advancement of the Tribe, wearing numerous hats on many different committees. She was also a member of the Zeba Indian United Methodist Church. Violet enjoyed spending time with her family, sewing, genealogy, shopping, and going to rummage sales. Our beloved Violet’s selflessness and love for both her family and community were transcendent and she will be deeply missed. Although she had many passions, her children and grandchildren were always the heart and soul of her existence and even in the most difficult of times, Violet’s loyalty, confidence, integrity, and faith in God were unwavering. Violet was preceded in death by her husband, Kenneth; her sons, Theodore (Manny) and Daryl; her grandson, Nathan; her parents, Charles and Susan; and her siblings, Laura Haataja, Rose Haataja, Samuel Marksman, and Theodore Marksman. Violet is survived by her three sons -- Gerald and his wife, Angela Friisvall, of Havelock, North Carolina, Dale Friisvall of Zeba, and Arlan Friisvall of Zeba; three daughters -- Virginia (Bob Kangas) Anderson of Zeba, Verna Comfort of Janesville, Wisconsin, and Violet and her husband, Jason Ayres, of Zeba; thirteen (13) grandchildren -- Lee, Venus, Ryan, Rebecca, Tim, Yvette, Matthew, Sheena, Sondra, Dylan, Ti’ia, Sierra, and Austin; twenty-one (21) great-grandchildren -- Robert, Victoria, Pamela, Velicity, Vanessa, Blake, Keera, Jace, Brendan, Nathan, Richard, Harley, Octavia, Jax, Bryce, Iziah, Takoda, Leland, Chayton, Sayge, and Leeona; along with three (3) grandchildren-in-law -- Jake, Shawnee, and Samuel. Violet is also survived by her sister Lena Koupus of Pikes Peak. The family greeted friends on Sunday, March 8, 2015 at the Reid Funeral Service and Chapel in L’Anse and funeral services for Violet were held on Monday, March 9, 2015, at the funeral chapel with Reverend Steve Rhoades officiating, followed by a fellowship and luncheon at the Zeba Community Hall. Internment will take place at the Pinery Cemetery at 12:00 Noon on Friday, May 29, 2015, with Reverend Steve Rhoades officiating. Friends and family are welcome to attend and pay their respects.

Violet Rebecca (Marksman) Friisvall, 82, passed away peacefully in her home in Zeba on March 6, 2015. The daughter of Charles H. and Susan (White) Marksman, Violet was born in Zeba on December 10, 1932, in the same house in which she passed.... View Obituary & Service Information

The family of Violet R Friisvall created this Life Tributes page to make it easy to share your memories.

Send flowers to the Friisvall family.